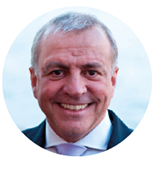 In 1981 Tony Imossi established an agency to provide discreet, confidential investigation services for the legal profession, as well as taking instructions from corporate businesses and individual professionals.

Previously, during a career spanning 15 years in the legal profession, Tony worked in a number of areas of litigation for London solicitors, whilst dedicating his spare time to the Parachute Regiment’s territorial unit, through which he was commissioned and attained the rank of Captain.

In February 2012 as part of the government sponsored inquiries and reviews, which covered regulating investigation in the private sector, Tony gave detailed written followed by oral evidence to both the Judicial Inquiry chaired by Lord Justice Leveson and the House of Commons Home Affairs Select Committee chaired by The Right Honorable Keith Vaz MP.

During 2012 to 2013 and again in the revision in 2018, Tony played a key role in the British Standards Institution drafting of the Code of Practice for the provision of investigative services. The standard is anticipated will be the basis for investigation business licensing.

Tony was the key designer of the compliance documentation and good practice policies for the Association of British Investigators (ABI) and continues to hold regular training workshops on data protection for ABI members and other investigators.

Barringtons is one of only a handful of UK based investigative agencies to have gained a business investigations licence from the Private Security Authority (Ireland).

Tony joined the Association of British Investigators in 1986. In 1999, he was named Investigator of the Year and in 2003, was further acknowledged by the ABI when he was presented with the award for service to the industry, which he again was awarded in 2013. Tony was President of the ABI from 2000 – 2004 and subsequently re-elected as President each year from 2008 until 2015 when he was appointed Chairman.

During his leadership Tony oversaw the radical improvement of the ABI’s membership criteria to levels not hitherto experienced throughout the UK sector and to such an extent that led to the unique accreditation of the ABI by the DVLA and its endorsement by The Law Society of England & Wales and inclusion in The Law Society of Scotland’s Service Provider Scheme.

Tony is the founder and former Chairman of the UK industry-wide Investigators’ Sector Group, which, from 2001 to 2008, spearheaded the consultation process on regulating the investigation sector and focused on de-fragmenting the UK and European-wide private investigation sector.

In 2004, Tony was appointed Secretary General to the European umbrella body, Internationale Kommission der Detektiv-Verbande, which is currently working on its EU common minimum standard and good practice recommendations for investigations in the iprivate sector, internationally.

In 2004 the Joint Security Industry Council recognised his achievements with the award Gold Medal for Excellence. A similar award was granted to Tony in 2013 by the World Association of Detectives acknowledging his worldwide contribution and professional leadership.

In 2016 Tony was appointed the head of the ABI secretariat.